My comments in the Sacramento Bee in favor of same-sex marriage caused a stir in Homeless World according to blogger Tom Armstrong. He was kind enough to contact me before writing about it.  You can find his blog post here. 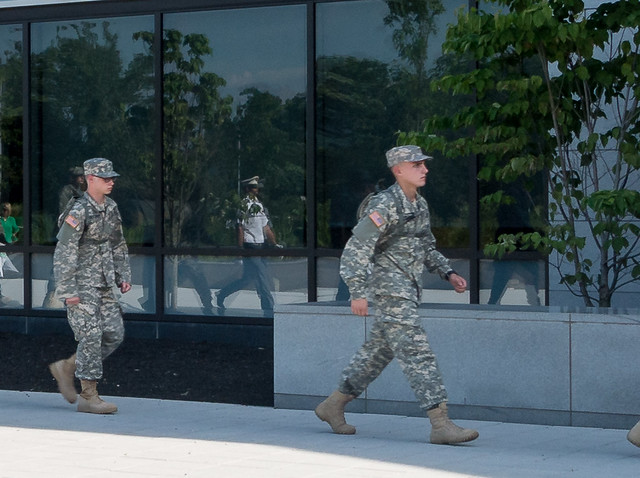 The 78th General Convention of the Episcopal Church authorized two rites for marriage that can be used for same-sex couples and changed the canons of the church to support their use.  These resolutions were handled as a special order of business with a presentation of the resolutions, Q&A and debate on each of the two resolutions. 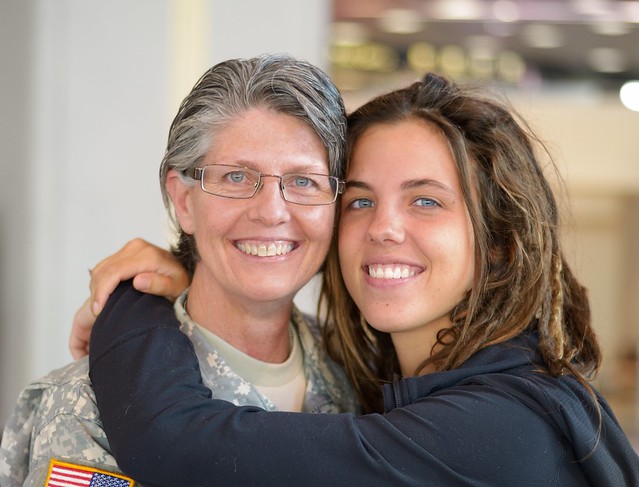 In May of 2015 I was invited to speak at the Sun Valley Wellness Festival.  I had 75 minutes to talk about Jesus and Christian Spirituality.

This talk was given at the Sun Valley Wellness Festival on May 23, 2015. It presents spiritual teachings of Jesus and Christianity in a way that is intended to be helpful for the wellness/yoga community. This was my first time teaching in Sun Valley since he moved away from that community in 2006. This talk presents the teachings of Jesus in a way that can be spiritually beneficial for Christians and non-Christians alike. One of the intentions of the talk is to bring the Christian and wellness communities together so they can be allies in loving the world into wholeness.

Jesus and the Gays Video Clips

Many people in our culture believe the Bible condemns people who are gay or lesbian.  People believe this condemnation is obvious, and even central to Christianity.  I believed it as well.  It took years of serious study and praying as a Christian for me to discover that it isn't true.  The Bible does not clearly condemn people who are gay or lesbian.   It doesn't unequivocally teach that gay sexuality is a sin.

If you believe being gay or lesbian is a sin, you can interpret passages in scripture to support your belief.  You can take passages with vague meanings and insist they support your agenda.  But the "condemnations" are not as clear as some would suggest and are not central to the message of the Bible. After years of study and struggle I believe the Bible does not condemn people who are gay or lesbian.

In the following videos I talk about how I ,  as a disciple of Jesus and a student of the Bible, am compelled to support Marriage Equality.  This class was given at Zuda Yoga Studio in Sacramento.  Beneath each video is the pertinent portion of the class notes.  The complete handout I used is here.

I. Apartheid, the Bible and Cultural Bias

IV. I Timothy & I Corinthians

VI. The Natural Order of Things

VIII. The Bible as our Guide

Marriage Equality as the Will of God in the Sacramento Bee

This article appeared on the front page of the Sunday Sacramento Bee after the Supreme Court made marriage equality the law of the land, and the Episcopal Church authorized marriage for all couples throughout the church.

At the Episcopal General Convention in Salt Lake City last week, Baker chaired a committee charged with crafting a new position on marriage for the church. On Wednesday, the church’s governing body overwhelmingly gave its official blessing to same-sex unions and adopted new marriage rites with gender-neutral language.

“I believe marriage equality is the will of God and brings us closer to the kingdom of heaven,” said Baker, who leads Trinity Episcopal Cathedral in midtown, and has been performing same-sex marriages for years.

The message at Sierra Baptist Church in Newcastle was very different last week. Guest speaker Jim Dowling urged the congregants to stand fast against pressure from the mainstream culture. “Did you watch the news on Friday? Did you see the rainbow on the White House?” Dowling said. “It just lets us know where the battle is. … We are living in a hostile environment.”

The U.S. Supreme Court may have made gay marriage the law of the land, but it didn’t change the minds of Sacramento-area religious leaders, some of whom have long supported gay marriage but most of whom remain opposed to the idea of marriage for anyone other than a man and a woman. The court ruling applies to civil marriage and does not require churches to perform weddings for same-sex couples.

“My sense is everybody’s drawn their line and knows where they stand,” said Jon Fish, president of the Interfaith Council of Greater Sacramento, which represents 300 groups and individuals spanning the religious spectrum.

With same-sex marriage, he added, “there’s no middle of the road.”

The area’s largest denominations – including Roman Catholics and Mormons – remain institutionally opposed to gay marriage. At the same time, mainline Protestant denominations have been shifting toward acceptance of same-sex marriage for the past decade. There are now 30 Sacramento congregations – including Lutherans, Presbyterians, Methodists, Quakers and Catholics – who self-identify as gay-affirming, meaning they welcome gay congregants, according to the nonprofit GALIP Foundation. Reform Jewish temples also perform same-sex unions.

“Most United Methodists are quite pro gay marriage, and so are many Episcopal churches,” Fish said.

Baker began performing gay weddings as far back as 2008, Fish said. The church held four gay weddings since 2012, said the Rev. Deacon Steve Skiffington, who married his partner of 42 years there. Baker once performed a gay marriage in the middle of a Sunday morning service.

“I have been working on this in the Episcopal Church for 15 years, and I am thrilled by this action and the decision of the Supreme Court,” Baker said in an email message from Salt Lake City. “I believe God’s Spirit has been moving in our church and our culture to open our hearts to the holiness available in same-sex relationships.”

For other religious leaders, the idea of sanctioning same-sex marriages remains a nonstarter, despite sympathy they may have for gay people. Even the Episcopal Church, whose leaders overwhelmingly supported it, included language allowing individual clergy members to decline to perform same-sex unions.

Evangelical Christians – who comprise 20 percent of California adults – are among those most likely to oppose gay marriage, national surveys have shown. Bayside, an evangelical, Bible-based church with four campuses across the Sacramento region, continues to assert that marriage is only between a man and a woman, said spokesman Mark Miller.

At the same time, however, Bayside seeks to send a message of acceptance. “I don’t believe the ruling’s changed anything: We’re going to continue to be open and inviting anyone to attend,” Miller said.

Islam also remains firmly opposed to same-sex unions. “I cannot stop it, but we are totally in disagreement with it,” said Imam Mumtaz Qasmi, an immigrant from India who has led the Sacramento Downtown Mosque – the oldest in the West – for the past 30 years. “This is a very shameful thing,” he said of the justices’ ruling. “They want to fight against our human nature.”

Qasmi’s views are rooted in the story, found both in the Bible and the Quran, of Lot and the destruction of Sodom and Gomorrah. They are in line with the overwhelming majority of Islamic theologians, said Imam Mohamed Abdul-Azeez, a Sacramento Muslim scholar and founder of the nonprofit Tarbiya Institute.

“Generally speaking, sex outside of marriage is prohibited, and only sex between married men and women is permitted,” Azeez said. “As a man of faith, while I fully acknowledge the right of others to practice whatever they see fit, I must pronounce that a union that is not between man and woman is not one that the Creator intended for us to have.”

Azeez acknowledged that he and some other Muslim Americans are conflicted. In their own struggle for acceptance and civil rights in the American mainstream, some of their greatest allies have been members of the LGBT community. “They have stood by us in our plight over the last few decades, and it’s been very difficult for us to balance our religious principles and at the same time be sensitive, open-minded and compassionate,” Azeez said.

Now that same-sex marriage is the law of the land, he said, all Americans must respect that law. “But upholding the law and singing its praises are two different things,” Azeez said.

Supporters of gay rights have been encouraged by statements from Pope Francis that seemed to indicate a softening of the Roman Catholic Church on the issue. “Who am I to judge?” the pope once said when asked about gay priests.

But Sacramento Bishop Jaime Soto, leader of the region’s nearly 1 million Catholics, said the pope’s utterances should not be interpreted as any shift in the church’s stance. While all human beings deserve to have their dignity respected, he said, the church believes that marriage is “the unique relationship between a man and a woman.”

“The Catholic community will continue to address the more stubborn and cruel forms of inequity in our country: enduring forms of racism such as witnessed last week in Charleston, a broken immigration system that helps no one and widening economic disparity that robs people of hope,” Soto said, adding that none of those deep inequities were touched by the U.S. Supreme Court’s decision.

The region’s more than 60,000 Mormons also weren’t moved by the high court, said LDS spokeswoman Sue Ramsden. “We do have members that are gay and do all the things we do; we just ask that they not marry or have a physical relationship with someone of the same sex.”

Ramsden said she visited Mormon congregations in Rancho Cordova, North Sacramento and Elk Grove last Sunday, and there was zero discussion of the Supreme Court ruling.

That was not the case at Sacramento’s Mosaic Law Congregation, Sacramento’s leading conservative Jewish synagogue. On the Saturday after the ruling, Rabbi Reuven Taff tackled the topic in an address to his 500-member congregation. He said Jewish tradition “reminds us that we were all created equally, b’tzelem Elohim, in the ‘image of God’ (Genesis 1:27), and also shows us that marriage is a sacred responsibility, not only between the partners, but also between the couple and the larger community.”

A recent poll by the Public Religion Research Institute found that 83 percent of American Jews – by far the highest of any religious group – support marriage equality, Taff said, and the Anti-Defamation League called the historic court ruling “one of the most significant civil rights decisions in recent memory.”

Taff said his own views on same-sex marriage have evolved over the years, and called the Supreme Court ruling “a positive step for those who advocate equal rights for all human beings.”

Taff described himself as a “work in progress,” and told The Bee he’s now open to performing same-sex marriages, which are already performed in Reform Jewish temples. “If two Jewish people of the same sex want to sanctify their union in the eyes of the community, then they ought to be afforded that opportunity,” he said.

Editor’s note: An earlier version of this story misidentified the country from which Imam Mumtaz Qasmi emigrated to the United States. He came from India. 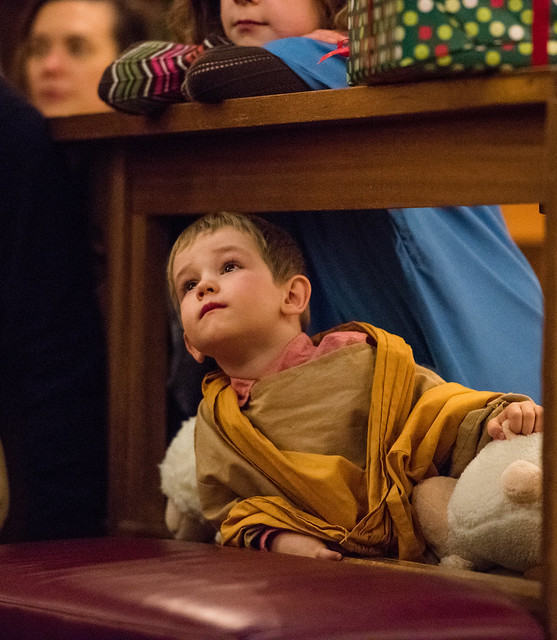 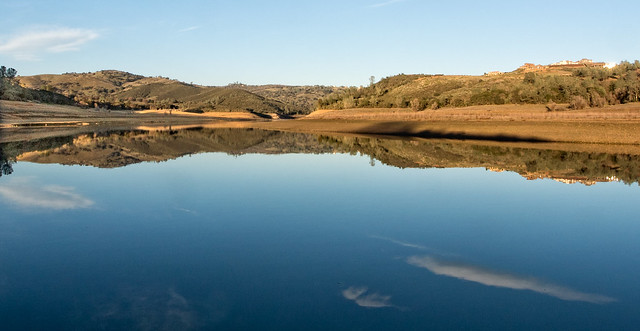 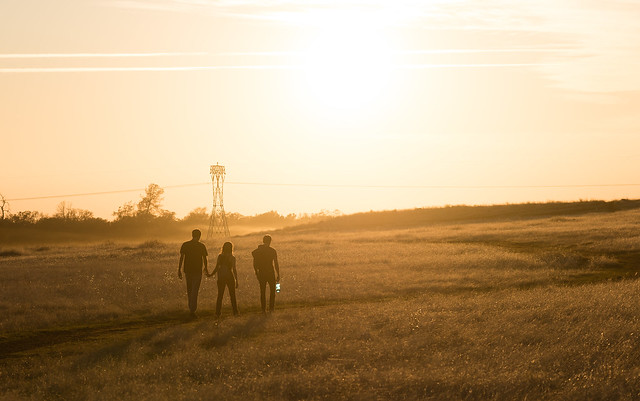