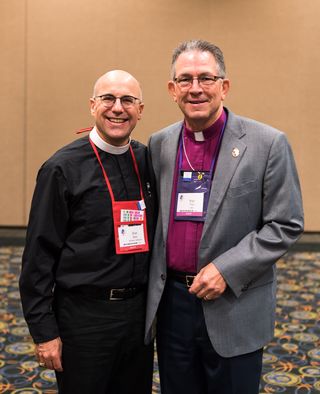 In June and July of 2015 I was a clergy deputy to the triennial General Convention of the Episcopal Church.  At this Convention, we were going to be considering important resolutions related to same-sex marriage.  A special committee was formed to handle all marriage-related resolutions.  I was appointed as the chair of the Special Legislative Committee on Marriage for the House of Deputies.  My dear friend Brian Thom, Bishop of the Diocese of Idaho, was the chair of the committee for the House of Bishops.  Both Committees met together with Brian and I alternating the responsibility of chairing the meetings.

Unlike other committees, some of which had many, many resolutions to consider, we had only 10, and several of those were identical or similar.  We really had only three questions to consider: 1) should we change the church canons to allow for same-sex marriage, 2) should we adopt rites (liturgies) with gender neutral language to be used to wed same-sex couples and 3) should the Marriage Task Force continue its work.  Rather than speeding through a host of issues, we were able to spend time focusing on these three.   We knew our task was important, and potentially history making.  We also knew that there was a good chance the Supreme Court of the U.S. would announce its ruling on same-sex marriage while we were in session.

At General Convention a hearing must be held on every resolution before the committee can act on the resolution.  We held three hearings at heard moving testimony on both sides.  After the hearings, we wrestled with how to move forward.  Continuing the work of the Task Force was an easier issue.  There are so many questions still to be considered when talking about marriage and the church's role that we unanimously supported its continuation.  (For example, the report of the first task force pointed out the preponderance of couples that choose to cohabitate as a prelude to, or instead of marriage.  Consideration of that trend and the church's appropriate response was beyond the scope of the work of the first task force.)   The bigger question was about authorizing same-sex marriage.  Should we change the nature of marriage by authorizing  same-sex marriage?  If so, should such authorization be church-wide, or only for dioceses whose bishops support same-sex marriage?  If the answer to the first question is yes, how can we do it in a way that honors our constitution and canons? 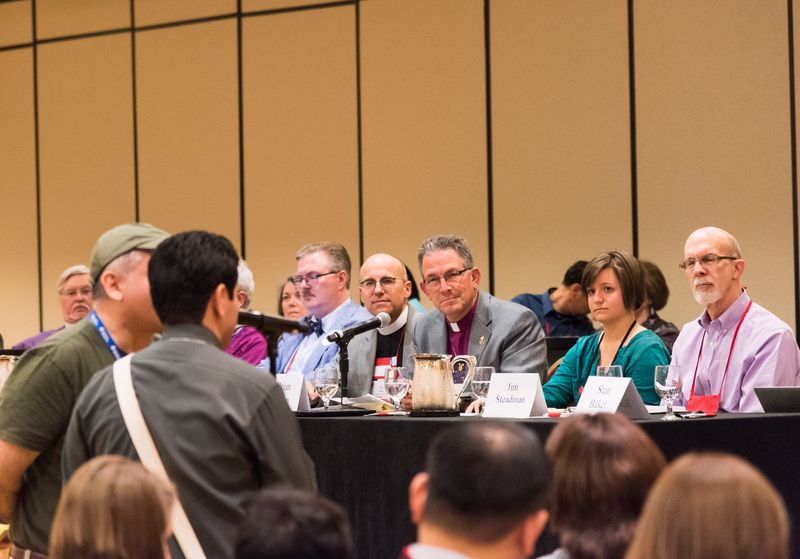 A few weeks after the Supreme Court of the United States made marriage equality a reality throughout the U.S. and the Episcopal Church changed the marriage canons to allow for gender neutral marriage rites, I joined other Episcopal priests, bishops, and laypersons and went to Ghana to meet with gay rights advocates, bishops and other clergy advocates from Sub-Saharan Africa.  This was the third African consultation in four years sponsored by the Chicago Consultation.  While there are countries in Africa that make accommodations for gay and lesbian couples, others criminalize gay and lesbian relationships and advocacy.  In some countries being gay is punishable by death.  Sadly, some of this animus toward people who are lesbian and gay is fueled by Anglican clergy.

For four years the Chicago Consultation has been facilitating consultations in which clergy and advocates come together to pray, study scripture, tell their stories and talk about how they can be mutually supportive.  After the consultation in 2013, we endeavored to create a Bible study resource that will be published soon.

We were hosted by Bishop Victor Atta-Baffoe, of the Diocese of Cape Coast.  His staff provided extensive support and the Bishop participated fully.

Our time alternated between meeting as one large group, beginning of course, with ice breakers, and meeting in category groups (clergy, bishops, advocates) and Bible study groups.  In the large group we heard a variety of people's stories.  Each day our Bible study group met to read and discuss scripture and pray together.  We also met daily in our category groups so we could talk about issues that related to our particular vocations.

This consultation was held in Elmina, Ghana, just a mile or so away from Elmina Castle - a fortress used by Europeans in the slave trade.  During the consultation, we took a trip to Cape Coast Castle, another slave fort.  The trip was a sobering reminder of our ability to be horribly cruel.  We walked through the dark dungeons where Africans where held for weeks or months while they awaited the next slave ship.  The rooms that held hundreds of slaves had no bathroom and only one tiny window.

A Cape Coast Castle, we couldn't help but be shocked by the location of the chapel, established and supported by the Anglican Society for the Propagation of the Gospel, right above the first male slave dungeon.  So Anglican Christians gathered to sing their hymns and pray their prayers while Africans were held in torturous conditions immediately below them.

For me, the trip to Cape Coast Castle helped me see the importance of our work - creating greater acceptance and lessening hatred. It was an invitation to be sensitive to cruelties we don’t even see. Upon returning from the Castle, one of the African participants said, "These were Christians who thought they were doing the right thing, they were just blind to their cruelty.  I wonder in what way we are blindly harming others and our world."

One of the enlightening insights from the consultation was that in much of Africa, gay and lesbian relationships had been tolerated if not accepted.  We heard of one culture in which a woman can choose to be with another woman as a life partner.  They can choose a man to sire a child, and after birth, the child is part of the family of the women.  In that culture it is completely accepted.  Much of the hatred that now exists toward same-sex relationships was imported to Africa from the U.S. culture wars in the past decades.

The consultation was a great opportunity to make and deepen friendships across the Anglican Communion. These friendships are essential as we strive to strengthen communities as they organize against violence directed toward people who are lesbian, gay or transgender.

You can see our official statement from the conference here.

Here are some of my pictures: 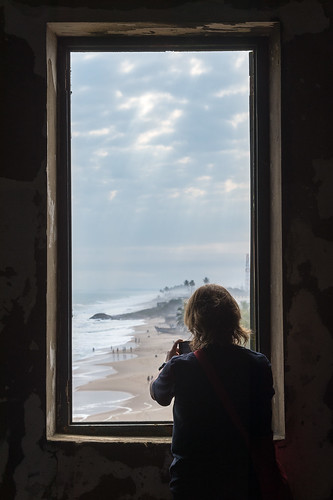 And the sermon I preached after I returned:

After Ghana, Sermon 9/20/15 from Trinity Cathedral on Vimeo.

Trinity Cathedral held its annual Blessing of the Animals service as part of its 9:00AM family service. 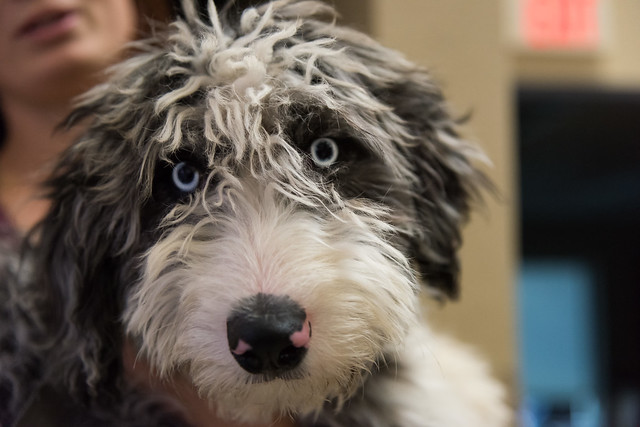