After Orlando: Driving out Darkness with Light

Here's a transcript of the sermon I preached in response to the shooting at Pulse Nightclub in Orlando.  The gospel reading was Luke 8:26-39.

50 people killed in Orlando in a gay nightclub, in a place that is supposed to be a safe haven.

And then, hours later, here in Sacramento at Verity Baptist Church, a pastor preached a forty-five minute sermon applauding the horrific act and encouraging more death. This, almost to the day, one year after Dylann Roof went into a church in Charleston, South Carolina and killed nine people who were in the middle of Bible study.

Killing after killing. Shooting after shooting.

The constant repetition and drum beat of mass shooting after mass shooting is opening my eyes; I’m different because of last year’s shooting. I’m different because of the conversation we had after last year’s shooting, after Dylann Roof, a white supremacist, went into an African American AME church and shot people during Bible study. This event that happened in the wake of protest after protest against violence perpetrated on African Americans by police.

We entered into a conversation at Trinity Cathedral during Lent; we listened to people of color; we had educational conversations about race. I began to realize how I had been lulled into the belief that racism really wasn’t that much of a problem; I drank the post-Obama-election Kool-Aid and believed that we were in the post-racial era.  As I participated in our programs on racism, I began to realize that the danger and corrosiveness we’re dealing with isn’t just outside our borders, it’s something that’s happening right here with us. I, and we, were becoming more and more sensitized to issues of race.

Continue reading "After Orlando: Driving out Darkness with Light" »

Here's an album of videos of my classes on various Christian Topics.

Posted at 09:04 PM in Teaching at Trinity Cathedral | Permalink | Comments (0)

I was invited to speak at the Sun Valley Wellness Festival. This was my second opportunity to speak at this remarkable event. Last year I spoke about Christian spirituality.  I believe it was the time first someone was invited to speak about Jesus and Christianity at this festival.  This year I spoke about my experiences at Burning Man.  It great a great experience.  Last year I spent much of the weekend visiting friends.  This year, I stayed at the Inn and participated in the festival. Friday night I listened to Jewell. 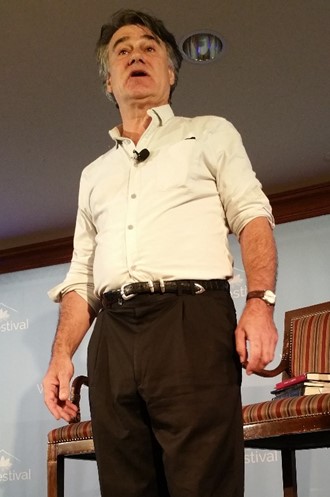 Saturday was MC Yogi and David Whyte.  I had lunch with MC Yogi and his DJ Brandon.  That night they had an amazing concert and we danced for hours.  Sunday was my talk and Marianne Williamson.  There were so many other great speakers, but I needed to work on my own talk.  It was a very rich weekend. 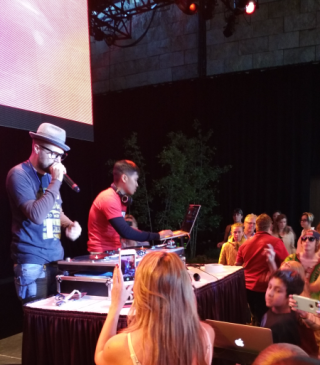 Sun Valley Property News focused on the festival for their June issue and included an article on my talk using my own pictures.  It's the first time my photos were published in a magazine.

The Wellness Festival folks published a couple of clips of my talk, including one of me blessing someone in the audience.