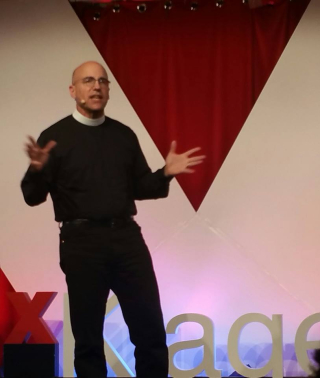 I began speaking outside of church about 10 years ago, beginning with yoga studios.  I have spoken at Wanderlust, the Sun Valley Wellness festival and at a TEDx events at Burning Man and Klagenfurt, Austria.  My talks are on Christian spirituality as well as how to live with less fear and judgement and more love in our lives.

Sun Valley Center for the Arts presentation on meditation and prayer, April 18, 2017